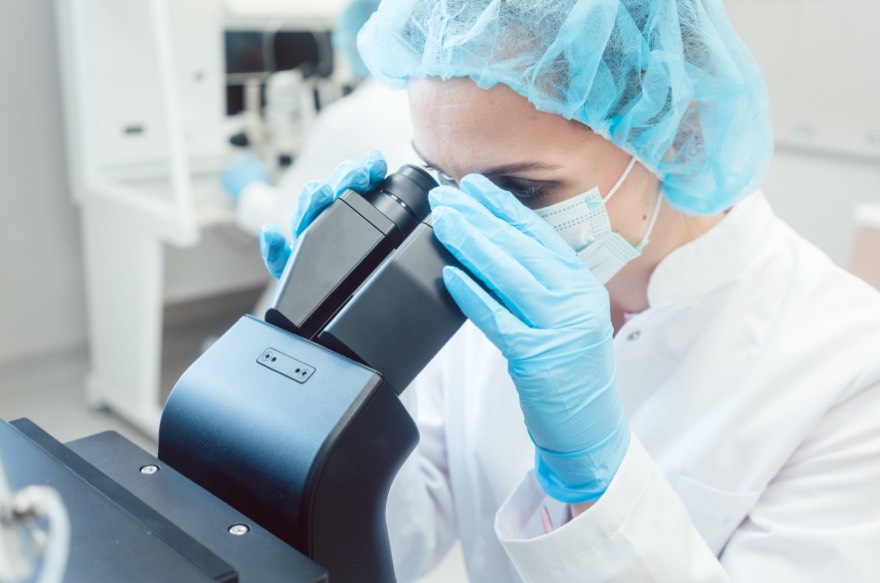 Why invest in European biotech?

The coronavirus pandemic has shone a light on the biotechnology sector, thereby propelling into the mainstream the names of relatively unknown biotechnology companies which have hitherto been confined to the vernacular of those connected with the industry. In addition, the crisis set a global scientific challenge to the worldwide biotechnology industry to produce a vaccine. Of the organisations responding to this challenge two of the leaders have their technological roots in Europe namely the University of Oxford and BioNTech. In short, the crisis has provided European science with the opportunity to shine on the world stage and provide veracity to the view expressed by the supporters of European biotechnology that the science from this region is second to none.

Certainly, with regards to sheer output of academic literature Europe has historically outstripped both the US and China as noted in the report by McKinsey & Company entitled, Biotech in Europe: Scaling Innovation. The same report states that 32% of the top 50 lifescience universities are European thereby highlighting Europe as a global research powerhouse.

With so much intellectual output emanating from the European ecosystem it should really come as no surprise that Europe has been centre stage in the search for a Covid-19 vaccine. Perhaps, if not for one substantial difference between the European and US ecosystems namely capital. Historically, the European ecosystem has received significantly less capital than the US but when the playing field is levelled, and capital is not a constraining factor European translational science really does appear to be second to none.

In this regard, BioNTech serves as an interesting case study which from day one was capitalised for success. Taking a far more aggressive approach to fundraising and in contrast to the usual, more measured playbook adopted by European biotechnology companies, BioNTech launched with a c.$220 million seed round and has gone on to raise greater than $2 billion. By raising a substantial amount of capital, BioNTech gave its technology platform the best opportunity to shine and with the approval of the Pfizer-BioNTech vaccine, shine it has. A similar case could be made for the Oxford vaccine which has been turbocharged via a collaboration with AstraZeneca thereby taking off the brakes which usually hamper leanly financed European biotechnology companies. Suffice to say that given the right amount of capital and stakeholders supporting the European biotechnology ecosystem, cutting edge technology, underpinned by world leading science can translate into solutions that address significant unmet needs.

This is not to say of course that European innovation has not already produced drugs that have become household names. The twentieth century is punctuated by the discovery and approval of medications which have served as the bedrock for the treatment of many common diseases as illustrated below:

Relative to the USA, the apparent under capitalisation of Biotech in Europe does however set up a supply and demand pricing dynamic which is heavily weighted in favour of Europe focused investors. As is evident from the graph below the amount of capital invested into US venture backed drug discovery companies has exploded in the past five years driving median pre-money valuations from $13.1 million in 2016 to $30.0 million in 2020.

Although the amount of capital being invested into European VC backed biotechnology companies has undergone substantial growth, the volume of invested capital remains far less compared tothe US. In the past five years median pre-money valuations have risen to $10.7 million.

This combination of scientific excellence and lower valuations makes Europe an attractive environment for venture capital investing and has attracted the attention of US-based investors. For example, in 2019 RA Capital led Achilles Therapeutics’ $121 million Series B and Juvenescence raised a $100 million Series B round with participation from US based Explorer Equity Group. The US is also an important part of the public markets story for European biotechs and the possibility to grow a business on lower European valuations and exit on NASDAQ at ‘US valuations’ sets up an intriguing arbitrage particularly for early-stage investors.

So how do European investors set their companies up for success and enable their portfolio companies to compete effectively on the world stage? Is it simply a matter of supplying the European biotech ecosystem with the large amounts of capital required to develop cutting edge technologies and explore hitherto untouched biology? This may be an over-simplification and as McKinsey point out in their report entitled, Biotech in Europe: Scaling Innovation, the paucity of talent within the field of clinical development is a serious challenge when taking assets developed by European biotechs into clinical development.

Availability of talent: clinical development presents the most challenge

It therefore seems that clinical development is the area which fledgling European biotechnology companies need the highest level of support in. If this assumption is true, a window of opportunity exists for investors who have substantial expertise in this area to step up and add value in the operationalisation of clinical development plans. This is particularly important as the majority of Phase II clinical trials fail for operational reasons as opposed to scientific factors as described in The Converge Advisory Group’s report entitled, Decoding Phase II Clinical Trial Terminations. Venture investors who are well versed in the execution of clinical development plans can help to successfully navigate their portfolio from one trial to another in the most cash and time efficient fashion thereby boosting the probability of a successful outcome.

In summary, the European biotechnology ecosystem presents a compelling investment opportunity which is characterised by high quality science and competitive valuations. By increasing the amount of capital within the European biotechnology ecosystem management teams will have the flexibility to take products further down the clinical development pathway affording a wider range of strategic options rather than being forced to ‘sell early’. In the long term, this will increase the clinical development talent pool within Europe which in the interim can be supplemented by investors who are well versed in the execution of clinical trials. Increasing the amount of capital available to earlier stage biotechs will enable a disruptive mindset as solving significant challenges almost always requires significant amounts of capital. If this vision is realised for the European biotechnology ecosystem there is no reason why European biotechs cannot lead the way in multiple therapeutic areas in the same way as European institutions are leading the charge during the current crisis.